Yes, it’s true. There are three birthstones for December: Zircon, Turquoise, and Tanzanite! All of them come in various shades of blue -- fitting for the beginning of winter. I would like to focus on Tanzanite, which was discovered  in 1967 by a Masai tribesman in northeastern Tanzania. Tanzanite is actually a blue to violet to bluish purple variety of zoisite. Usually Tanzanite is heat treated to bring out the blue color. The most valuable color is a deep saturated blue. Tanzanite is only 6.5 on the hardness scale but it is still considered resistant to scratching and abrasion. 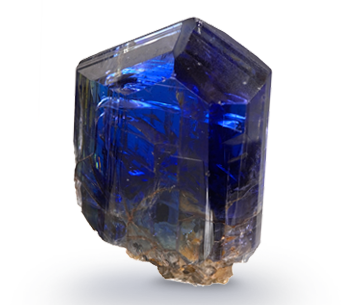 Tanzanite is only found in the Merelani Hills of Tanzania near Mount Kilimanjaro. It’s most unique characteristic is that it is pleochroic -- you can see three distinct colors depending on the way you tilt it. Tiffany popularized the stone after its discovery and is responsible for naming it after the country where it was found. Today Tanzanite is the most popular gemstone after the big four: diamonds, rubies, sapphires, and emeralds. Given its color and lower price point it is often used as a substitute for sapphire.

Tanzanite is called a “stone of magic” that helps with spiritual awareness. It is also called the “workaholic’s stone” because it helps you slow down and relax. Tanzanite is supposed to relieve stress and depression and enhance composure and harmony. For those who believe in crystal healing it relieves high blood pressure. Worn as jewelry, tanzanite brings one’s consciousness to a higher state. So, when you are feeling unusually stressed put on some tanzanite jewelry and take some deep breadths. You will be fine!

Thank you to the following websites for help with this post: